Crayonformers
A lonely 8-year-old boy finds a magical set of crayons that come to life and help him save his family’s house from being foreclosed on.
Based on a pitch by Tim Burton.

The Tape That Didn’t Stick
Set in 1916, a fictionalized biography of Marshall Denton, the man who created Scotch tape, only in this version, he was also the man who tried to organize a coup to install a puppet regime in Bolivia.
Writer: Charlie Kaufman

Agent finally gets around to reading 2007 holiday card

Literary agent Michael Hansen made a considerable dent in his reading pile yesterday, finally opening a Christmas card sent to him in December of last year by aspiring screenwriter Phil Smithe.

“I still haven’t got to his script, though,” said Hansen. “In fact, I think I may have given it to my old assistant as a birthday present.”

According to the busy lit agent, Smithe emailed him in March to see if he’d read either the holiday card or the family comedy ‘Kidasaurus Rex’ about an elementary school student who wakes up a dinosaur with super powers.

“I told him I was halfway through the card, but I hadn’t started the script yet,” said Hansen. “He emailed me back right away thanking me for the read and reminding me that he’d recently self-published a book about dinosaurs, so the idea ‘already had some traction’ in the marketplace.”

Comments Off on Unmerry Christmas for UTA: Santa switches to Endeavor

Love In The Time of Cauliflower
A divorced gardener falls in love with one of his clients, New York’s most renowned chef, who is also divorced and not really looking for love at the moment. Sappiness ensues.
Writer: Sally Bernfeld

Warmongers
Thriller about a secret organization that crosses all political and governmental lines to decide which countries go to war with which, and when.
Based on a pitch by Michael Bay.

A Quick Review Of The Week’s Top News… 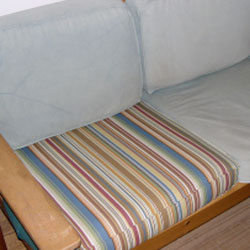 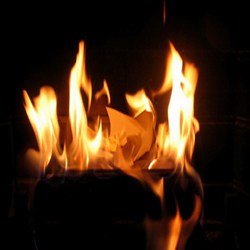 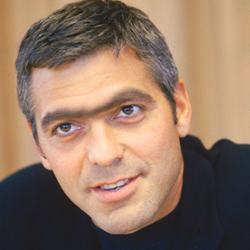 Blackberry Sam
Set in the year 2024, when mobile devices have been infused with artificial intelligence, an international spy is partnered with the latest Blackberry device, codename “Sam.”
Knight Rider with a Blackberry.

Nikki Finke out with new book: ‘TOLDJA! How I Scooped Everybody’

Deadline Hollywood’s Nikki Finke is set to release her third book next month, the first since she skyrocketed to Internet fame as an industry darling thanks to her in-depth coverage of the Hollywood writers strike last winter.

According to Finke, ‘TOLDJA!’ will likely blow the lid off the entire industry and leave most of America slack-jawed with wonder.

“The hacks over at Variety and The Hollywood Reporter are too busy sucking up to Big Media to cover the important stories,” said Finke. “When people see what’s really going on behind closed doors in this town, they might stop watching movies and television altogether. At the very least, they’ll never turn on NBC again.”

The L.A. Weekly columnist has been uncharacteristically tight-lipped on the book’s contents, but her publisher has released a partial chapter list, hinting at a number of explosive scandals the 564-page tome may cover…

Chapter 1 — AMPTP: Collusion, Pyramid Scheme or Both?
Chapter 4 — What Peter Chernin Doesn’t Want You To Know About ‘House’
Chapter 5 — Guess Which Six Hollywood Executives Hate Me The Most

Comments Off on Nikki Finke out with new book: ‘TOLDJA! How I Scooped Everybody’

Joe Morgenstern has seen his share of stinkers over the past 50 years, but the weekend box office numbers for ‘The Day the Earth Stood Still’ left the Wall Street Journal film reviewer so disgusted, he immediately sent an email of resignation to his editor.

“Clearly my work isn’t having any effect whatsoever,” said Morgenstern. “Most Americans would rather watch a bologna sandwich rot on screen than be challenged by films like ‘Milk’ or ‘Slumdog Millionaire.’”

According to Morgenstern’s review, the Keanu Reeves pic is “a dumb remake that’s insufferably full of itself…as cold and blank as the expression on Mr. Reeves’ face.” Despite Morgenstern’s unflattering review, the film opened to more than $30 million over the weekend.

“Ain’t that a bitch?” he said. “When I saw that number, I knew it was time to move on and do something that actually makes a difference, like reviewing video games. People actually care what the folks at IGN.com think.”

When asked what they thought of Morgenstern’s resignation, most moviegoers were apathetic.

“Who?” asked Bob Johnson of suburban Detroit. “Whatever. The effects were awesome! Plus I’d totally bang that brunette chick.”