Foot Locker cashier and aspiring screenwriter Teddy Benson recently turned down an offer of representation from a former UTA assistant-turned-manager, claiming the rep “hadn’t even sold anything yet.”

“Here I am with like eight or nine commercial, high concept scripts,” said Benson. “And this ‘rep’ wants me to put them in his hands just because he used to work in the UTA mailroom or something? How stupid do I look?”

When asked if he saw any parallel between his own situation and that of another young person trying to make his way in the business, Benson scoffed.

“I guess we’re both in our twenties, if that’s what you mean,” he said, before ringing up a pair of Nikes for a customer. “Other than that, we don’t have anything in common. Seriously, I need someone like J.C. Spink handling my career – not some no-name who will probably be back in Ohio after his management company folds next month.”

Benson is currently a resident of Iowa, but plans to move to Los Angeles after his first script “sells for like a million bucks.”

‘They also don’t want members from Ohio’ he claims

Were it not for the Writer’s Guild and its draconian practice of making sure writers get paid decent wages, Cleveland scribe and part-time shoe salesman Eric Denson would be penning most of the movies and TV shows produced in Hollywood.

“I keep telling companies I’ll write their movies for like 20 bucks,” said Denson. “But since they’re WGA signatories, they have to pay me like $60,000 minimum or something like that. And if they’re going to pay someone that much, it’s not going to be a guy from Ohio. The Guild screws me again!”

According to Denson, whose script ‘The Coldest Icicle’ was recently bounced from Scriptapalooza in the first round, the Writer’s Guild is a “cabal of connected old white males who care more about money and health care than they do movies.”

When asked if he thought the Guild was biased against writers not based in Los Angeles, Denson snorted.

“Of course they don’t want people like me in their little club,” he complained. “I’m exactly what they’re afraid of: a totally unknown guy from Ohio who is willing to work for free.” 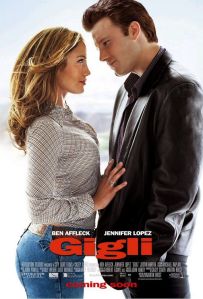